The footprints of joint reclamation by our ancestors - New Taipei City has the most "Shares" settlement.

During the Ming and Qing dynasties, people had crossed the strait to Taiwan to earn a living from Fujian and Guangdong province of China. In order to cultivate wasteland, there were clansmen groups who rallied people and reclaimed land to form settlements frequently. The area they reclaimed were named after "Shares(股)", "Parts(份)", and "Group(結)". For example, "Share" means the leader of cultivation joint stocks apply for a license of reclamation from the government to recruit men by means of co-financing. The place where they reclaimed was often named after the quantity of shares. There are 116 settlements named after "Shares" in Taiwan, of which New Taipei City (22) has the most, and "four shares" to "ten shares" account for 78% of the country, especially "eight shares" (18). Hence it is evident that the organization of reclamation tended to be small-scale during early period. The above-mentioned information can be obtained from the "GeoName Information Service Network" of the Ministry of the Interior, website: (http://gn.geog.ntu.edu.tw/GeoNames/index.aspx), please use it more. 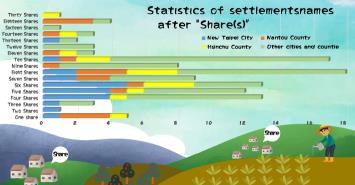 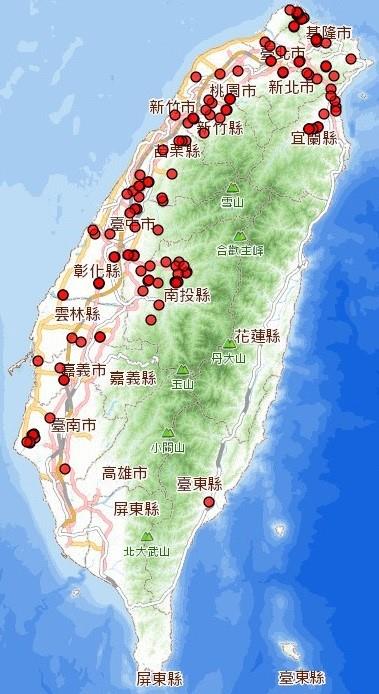